The Dark Side of Indian Premier League (IPL)

The Indian Premier League(IPL), which is officially called as the Vivo Indian premier league due to sponsorship reasons, is a professional Indian cricket, the twenty20cricket league in India as we all know.

Every state and cities are representing their teams, who contest during the month of April and May every year. This league was founded in 2008 by the Board of Council for Cricket in India(BCCI).

The IPL season brings in a lot of joy and entertainment into the Indian household, every state has its own team to cheer for.

But as they say coin too has two faces, likewise we see the bright side of the IPL but we also have its Dark side. Though we hear a lot about the controversies that keep happening in the IPL, thanks to media for that, but majorly the emergence of freelance players have created the darker side of the IPL more.

For the top players, IPL is easy money, they sign a contract get paid a decent amount for playing for a short period of time.

The easy money or smart choice whatever you may call it, but the top players who could have played more for their country team left it and preferred playing these international matches as by this they get easy decent money, playing for a shorter duration giving time to their families more. Players like Brendon Mccullum , Kumar Sangakkara had so much cricket left to be played but they preferred to play the freelance cricketers leagues. 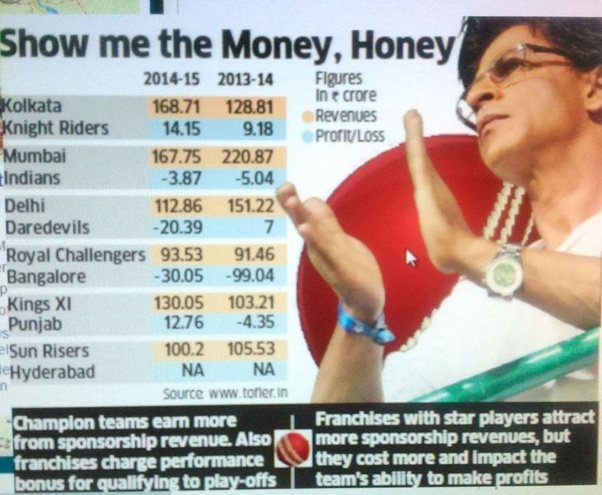 The major loss has happened to the West-indies team, to name few Chris Gayle, Dwayne Bravo, Andre Russell has established themselves as the powerhouses for the freelance cricket league matches around the world. They prefer to play for the league matches and not for their country, imagine the condition of the Team as a whole, which was a super powerful one now getting faded due to scattered players.

IPL has huge money to offer to the players, the reason being players number decreasing to play test cricket, because of the huge money associated with IPL.

IPL is having an adverse effect on the aspiring players, the upcoming cricketers, the majority of them aim to enter into the IPL teams somehow due to the money attraction and the amount of publicity they receive.

IPL puts pressure over the players, yes they are getting a huge amount but with that, they attach huge responsibility to perform well, it’s like a fast and furious version of  Cricket, you got to score high and just WIN WIN WIN.

IPL is no doubt Too much cricket like Players are in a complete pressure to perform well, improper rest, a reason many of the players got injured during the tournament and that resulted in the failure.

Corruption increases, as they say GREED HAS NO END, the players in for making more and easier money tend to involve into match-fixing which adds money into their bags but increases corruption and hurts the sentiments of the team and public, due to the freelancing and improper team making this corruption occurs to remind you its not the Country’s team playing together it’s the mix match of the players playing together.

During the season 6 of IPL, From the team of Rajasthan Royal bowlers, namely, S Sreesanth, Ajit Chandila and Ankeet Chavan were arrested on the charge of spot-fixing by our very own Delhi Police. They were banned for the life from BCCI, later S Sreesanth was acquitted in that fixing case.

IPL leads to fixing and Betting issues more than in any other matches.

Be it a darker side or the brighter side IPL remains the most waited league in the Indian houses.

Top 7 Flea Markets, that every individual should try in India

Why Special Effects are no longer ‘Special’