The K-Pop Journey In India – From Gagnum Style To BTS

K-Pop Fever: We Don’t Need Medicine For This One, We Don’t Want Cure!

Music has no barriers and this proves true in all sense when a diverse country like India, not only embraces the musical tones of its own states, but those of the other countries as well. From Coke Studio Pakistan to Nepali folk music, we love them all. So when it comes to a music industry as vast as that of South Korea, how can the Indian crowd not pay attention to it? This is when the journey of K-Pop started in India.

K-Pop refers to Korean Pop music which is so loved by the millennials today. K-Pop belongs to the larger art circle of Korean entertainment called Korean wave or Hallyu. Hallyu includes all songs, movies and dramas of South Korean descent. This particular genre of music gained popularity among south-eastern nations in the 90s when hoards of Korean romantic movies were watched and admired by the people. 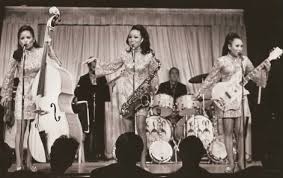 And then, came something weirdly entertaining. I remember when one of my friends asked me if I had heard the song ‘Gagnum Style’. I thought it to be another feet tapping Bihari song and told her that I hadn’t heard it but knew what it was. She was so surprised to see the ‘way too normal’ expression on my face. Apparently, I was supposed to speak in a squeaky, excited voice while talking about ‘Gagnum Style’, just like she did. When I later saw the song on MTV, I was left baffled to see the uniqueness of music and dance moves with which this foreign song came on the screen.

The success of ‘Gagnum Style’ in India gave way to the other K-Pop bands to thrive in the country. Today, with the kind of fan following that K-Pop has generated in India, it is impossible for the millennial fans to even think of a time without K-Pop.

So, what is so special about K-Pop?

For starters, K-Pop uses a mix of music genres which in turn pleases all kinds of listeners. The mix includes pop, rock, hip-hop, rap, jazz, electronica and techno. The high pumping Korean music is the result of just the right balance between these genres.

Another catchy aspect of K-Pop is the music video used for each song. Every music video has its artists or bands dancing to the tunes of the song. And we are not talking about just any kind of dance but one that has been practised and perfected by the toned bodied artists of South Korea, matching ideally with the flawless choreography.

In addition to this, people are most attracted towards K-Pop due to the kind of social message that each of its songs holds. From feminism and women empowerment to child labour, K-Pop addresses to various social issues in a musical form.

K-pop band Bangtan Sonyeondan or Beyond the Scene (BTS) is one of the most popular South Korean bands today. EXO is another band with a solid fan base. KARD is a K-Pop group with famous artists in its line-up. Artists like Seo Taiji and Rappers like Mad Clown are also taking over the people with K-Pop craze. Other K-Pop bands include Monstax, Wanna One, Black Pink, etc.

These bands and artists have made their way internationally with the help of the base that was set up by the older K-Pop legends like Big Bang, Shinee, Girls Generation, 2NE1, etc.

What Makes Them Successful?

No music industry can grow unless it has a very strong fanbase. K-Pop has this in abundance which is the major reason that it has succeeded, amid stiff competition, internationally. What K-Pop artists do for their fans is quite generous and a very positive example for all the famous folks out there.

K-Pop artists have special free food trucks for the fans who wait in lines just to see them. They also fund a lot of fan projects carried out by fan groups all over the world. One such fan group is Bangtan India. On the occasion of the birthday of two of the members of BTS, Bangtan India planted trees to celebrate. Not only this, they have also put up 20 by 20 feet huge hoardings for BTS in Pune.

Another such group called EXO-L India conducted a promotional event on the 5th anniversary of the band and raised 58,000 INR, which was all donated to children’s charity.

The Korean Cultural Centre in India has also had its share in promoting K-Pop in the country. The centre conducts a number of K-Pop contests all over India, attended by thousands of people. The sheer growth in K-Pop popularity can be comprehended from the fact that in 2012 only 37 teams participated in such contests. This number rose to as high as 424 teams in 2017.

One can only imagine how far and wide the popularity of K-Pop will spread in the coming years. It has already wooed the millennials and is all set to enter into mainstream music preferences of the people.

6 Reasons, You Can’t Say No to Street Food